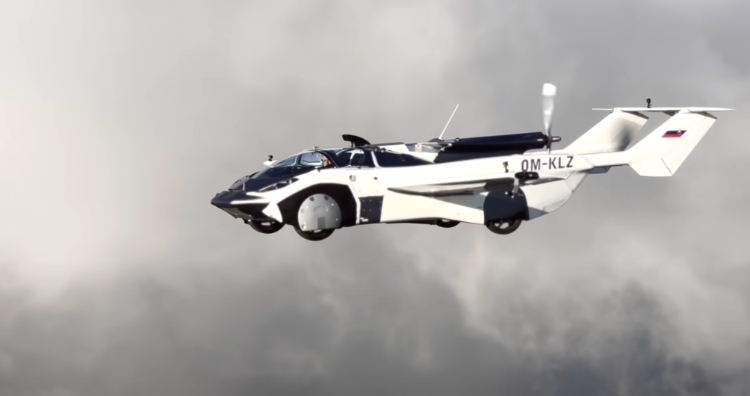 There’s a new flying car amongst us, and it is trending for the right reasons! For a while, flying cars were a sci-fi fantasy, but more recently, there have been several prototypes that are being tested. However, the most recent flying vehicle, the Klein Vision AirCar, has been drawing attention for feats never before accomplished by a flying vehicle. Here are some interesting facts about the unique flying car.

The Klein Vision AirCar is a two-seat, flying car designed by Štefan Klein and made in Slovakia. The patent-protected AirCar by Klein Vision is the first flying vehicle in the world to connect two airports. In the late 1980s, Slovak designer Professor Stefan Klein started developing flying automobiles. After creating AeroMobil, he left the firm to create AirCar and founded Klein Vision with his coworker Anton Zajac.

Since 2016, when Professor Stefan Klein quit the Slovak air mobility firm AeroMobil to start working on his own flying automobile from scratch, the wind-borne Klein Vision AirCar has been under development. After developing the AirCar concept for more than 100,000 man-hours, the company began to market it. The AirCar was created by engineers who turned computer-generated concepts into functional prototypes. The AirCar successfully completed a series of rigorous tests, which included 70 hours of cross-country flight tests and 200 takeoffs and landings that evaluated the vehicle’s full repertoire of flying and performance maneuvers.

Klein Vision Has Been Cleared for Takeoff

Everyone who grew up watching the Jetsons thought that one day we would be driving vehicles that could fly. Recently, this dream of so many people came a little closer to reality as the Klein Vision AirCar obtained a Certificate of Airworthiness from the Slovak Transport Authority. The AirCar certification makes highly effective flying cars available for mass production. It is official and the final confirmation of the ability to change mid-distance travel forever.

On June 28, 2021, the AirCar prototype successfully flew from Nitra Airport to Bratislava Airport. The AirCar could travel the roughly 60-mile distance between the two airports in 35 minutes while flying at an altitude of 8,200 feet and cruising at a maximum speed of 118 mph. According to Klein Vision, the aircraft displayed remarkable stability despite the challenging test flights. Without the pilot touching the controls, it could take off and land.  After achieving this key milestone on June 28, AirCar became the first flying car to achieve this feat. So, it is now closer to going into production since the prototype has now made 142 successful landings.

The AirCar Comes with some Exceptional Features

The AirCar is a real road-going vehicle, unlike other flying cars that are just miniature aircraft. In reality, the AirCar can be transformed from a car to an aircraft in about three minutes with the push of a button. In essence, its wings extend upward from the side of the car and then spread widely. The tail extends beyond the body when it is in aircraft mode. Powering the AirCar is none other than the 1.6-liter BMW engine that generates 140PS (138 hp). It is stated to have a range of up to 1,000 km and an hourly fuel usage of 18L. The AirCar has flown at an altitude of 8,200 feet and a top speed of 190 kph (118 mph).

The AirCar can take off in just 300 m, unlike conventional airplanes requiring lengthy runways. This is made possible by the two-seater flying car’s low weight of 1,100 kg and additional carrying capability of 200 kg. During its development, the AirCar accomplished 142 successful landings, over 40 hours of test flights, and many stability and maneuverability tests.