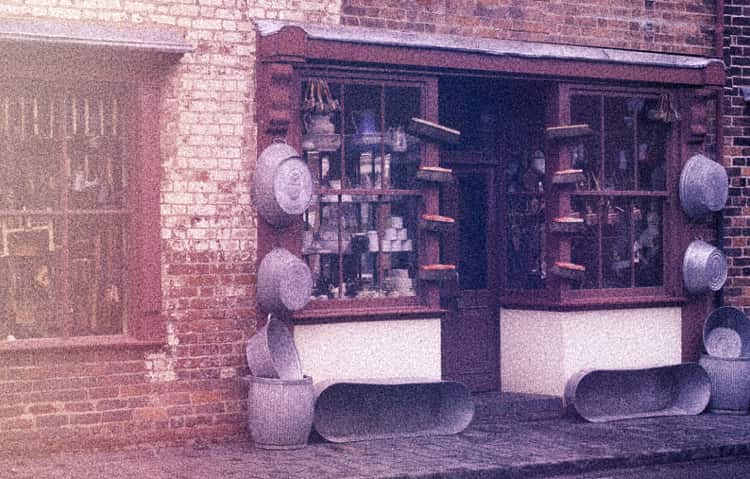 In the Sunday Edition of a San Francisco newspaper, The Call, dated May 7th, 1899, there is an article titled “Mammy Pleasant, Angel or Arch fiend in the house of mystery.” It has a picture of a woman looking straight at you with strong piercing eyes, resonating with a robust aura of discipline and strength of character.

This woman is Mary Ellen Pleasant, nicknamed “Mammy Pleasant.” She was a Black woman born into slavery who became a millionaire entrepreneur, a powerful abolitionist, as well as a significant contributor to the Underground Railroad. Her story is a remarkable one, but unfortunately, not widely remembered or known in history, partly because a lot of her activities and achievements happened in secret or were steeped in controversies.

Here is the fascinating tale of a woman who did not play by the rules and dared to defy the world and time in which she was born.

Who was Mary Ellen Pleasant?

While the corner of Bush and Octavia Streets in San Francisco is home to the city's smallest park, it is dedicated to a larger-than-life figure: Mary Ellen Pleasant (1814-1904).

Mary Ellen Pleasant was a self-made American millionaire of the 19th century who built a huge investment portfolio worth as much as thirty million dollars. Her years as a domestic servant taught her to be invisible, and she eavesdropped on all the wealthy people she served while they discussed investments and business ideas. Then she used all her knowledge to invest her inheritance and continued to grow her fortune to millions. She did not spend all her fortune living a life of luxury but became an eminent abolitionist. She helped hundreds of slaves escape through the Underground Railroad and settle in the free states. There is a day dedicated to her in San Francisco and a park where she is praised as the “Mother of Civil Rights in California.”

How did Mary spend her early years?

A lot about Mary’s birth and early life is unclear. Though biographers say that Mary was born into slavery in 1814 on a Georgia plantation, Mary herself has claimed that she was born free in Philadelphia. Her life before she was separated from her parents is not known with certainty.

At a young age, she was sent to live with a White family in Nantucket, Massachusetts, called the Husseys, where she worked as a domestic servant. They were Quakers and abolitionists and ran a store which was run by Mary Hussey, or “Grandma” Hussey. They sold everything from fishhooks to coals, buying wholesale and selling retail. This is where she worked and learned the ABCs of business. She also learned to read and write, though she did not get a formal education. While working in the store, she studied men and women a great deal, eavesdropped on their conversations about investing money, and learned a great deal about entrepreneurship. Her fundamentals of running a successful business began here.

The Husseys were also abolitionists, which may have ignited her passion for the cause. She loved them and was treated well. Later, she moved to San Francisco and worked as a domestic servant and chef for another wealthy White family. Being a Black woman, she was often a presence that was paid no attention to.  Mary took full advantage of the situation to continue to learn everything about investments. Her journey as an entrepreneur began!

Mary and the Underground Railroad

Mary married James Smith in 1840, her first husband, whom she might have met at the Hussey’s store. He was a wealthy flower contractor and merchant. Smith is speculated to be White or of mixed ancestry. He was also a staunch abolitionist, and they teamed up to help slaves escape through the Underground Railroad away from their slaveholders. Mary hid them in safehouses and later helped them settle in the free states, as well as migrate to Canada. Four years into the marriage, Smith died and left a fortune to Mary. Even after his death, Mary continued her dealings with the Underground Railroad and her support for equal rights.

Mary Ellen became Mary Ellen Pleasant after she began a relationship with a Black man called John James Pleasant. Though it is widely speculated that this was her second husband as she adopted the surname, no official record states they were married. Biographers think that she met him in New Bedford, a destination on the Underground Railroad. Around this time, the California Gold Rush began, and California joined the union as a free, non-slave state. There were a lot of new avenues and opportunities to make money regardless of color or race. She decided to make the best of it, and in 1852 moved to San Francisco.

Mary made her fortune in San Francisco.

Mary was a light-skinned Black woman and could sometimes pass as a White woman. When interacting with clients, she used her first husband’s surname to lessen discrimination. She found a job as a chef for a wealthy businessman and had a lot of opportunities to interact with other businessmen within her vicinity. Here also, she made full use of her invisibility and picked up a lot of valuable business acumen through eavesdropping while serving. Most of the men were dismissive of her, and she took full advantage of this.

She made a fortune through investments, and her biographer believes that the jobs she took as a domestic servant were a disguise. It is reported that she earned around $500 a month. With this money and what she inherited from her first husband, Pleasant invested in real estate and gold and silver mines. By 1860, she owned boarding houses, restaurants, and a chain of laundry businesses.

In the 1870s, Mary met Thomas Bell, who worked in the Bank of California, and formed a decade-long business partnership with him. This proved extremely profitable for both of them. Bell was already making good money through the quicksilver trade but realized how enterprising Mary Ellen Pleasant was. They made a series of investments, with Mary leading the way. Mary was officially Black and feared that people would now question her about her money. Therefore, she started putting investments and properties in Bell’s name. The business prospered ever further. Pleasant and Bell both made a fortune out of the partnership. Soon they had shares in restaurants, dairies, laundries, boarding houses, and even Wells Fargo Bank. By 1875 they had 30 million dollars, the equivalent to 850 million dollars today.

Pleasant purchased a thirty-room Victorian mansion in the heart of San Francisco, with huge grounds and lavish furniture. The house’s price would be equivalent to 2.4 million dollars today. She lived in this mansion along with Thomas Bell and his family. Mary controlled the combined wealth of Bell and herself. She continued to buy more properties, including a thousand-acre ranch in Sonoma Valley.

Mary’s partnership with Thomas Bell was financially lucrative to both of them but became complicated as Bell’s family did not approve of her. Rumors began spreading about her alleged affair with Thomas Bell, which would later make her life more difficult.

Mary’s contribution to the abolitionist movement

Mary was first introduced to the abolitionist cause during her stay with the Husseys. She soon became one of the most important contributors to the movement. After she made her fortune, she continued to help free slaves, many of whom would later become important leaders within the Black community. She employed them in her businesses, paying them and giving them important positions. By then, she was seen as a wealthy business owner by the White community, but she kept her abolitionist work secret.

In 1857, she helped John Brown, another abolitionist, raid the federal arsenal in Harper’s Ferry to provoke a slave revolt in the South. She sent him thirty thousand dollars for the cause, but the plan failed. When John Brown was executed by hanging, a letter found in his pocket read, “The ax is laid at the foot of the tree. When the first blow is struck, there will be more money to help.” But no one suspected that this was written by Mary Ellen Pleasant.

In her biography, Pleasant confessed that she was responsible for funding Brown’s attempt at an armed slave uprising. In 1865, when the civil rights movement ended, Mary officially changed her race from White to Black to confront the racial tensions in the country. Mary, in her journal, wrote that she would rather be a corpse than a coward.

Pleasant is referred to as the “Mother of Civil Rights” in California. In 1866, Pleasant and two other Black women were removed from a city streetcar due to racial discrimination. Pleasant, of course, did not go down without a fight. She filed lawsuits against the two streetcar companies, resulting in one company to start allowing African Americans to board their streetcars. But the other did not back down. The case reached the California State Supreme Court. Pleasant paved the way for the desegregation of streetcars in California.

Her nicknames were “Mammy Pleasant” and the “Voodoo Queen.”

San Francisco may have been a free state, but racial discrimination and hostility kept growing. Mary Pleasant’s wealth soon became a subject of discussion, and the state where she lived for so many years grew hostile toward her. Rumors were stating that she was Bell’s mistress, as well as other rumors claiming she practiced voodooism. Her boarding houses were accused of being brothels, and she was accused of having control over White men through evil forces.

Then came the infamous trial where a senator was accused of seducing and abandoning a young girl named Sarah Hill. The lawyers claimed she was Pleasant’s friend, and Pleasant was accused of using dark forces to manipulate her and trap the senator. This trial was the talk of the town and reported everywhere. Mary became the evil “Voodoo Queen” who had supernatural powers. During this time, she also earned the nickname “Mammy Pleasant” because of the years she spent as a domestic servant.

Mary’s life changed in 1899 when Thomas Bell passed away, and his widow published a full-page article titled “The Queen of the Voodoos” to slur Pleasant’s name. The press was harsh, accusing her of witchcraft and evil. Bell’s wife and son sued Pleasant over the shared million-dollar fortune. There were ugly court battles that followed. By then, her reputation was already destroyed through allegations and rumors.

Most of her properties and shares were, unfortunately, in Bell’s name. She could not prove that she was the legal owner of her fortune. But she fought fiercely and showed evidence to the court that her mansion was designed and bought by her. But by then, it was a lost battle. Her reputation, home, fortune – all were gone. Mary was forced into poverty, relying on her friends and well-wishers to put a roof over her head. Pleasant died in 1904 at the age of 89.

By the time of her death, Mary Ellen Pleasant was a famous figure in San Francisco. Her story is an unconventional one, meandering its way through burning ambition, affection, shrewd business acumen, and fiercely fighting for a cause. She was not a typical selfless martyr but an enigma who should be remembered and credited much more than she is today.

5 Real Black Princesses Everyone Should Know About