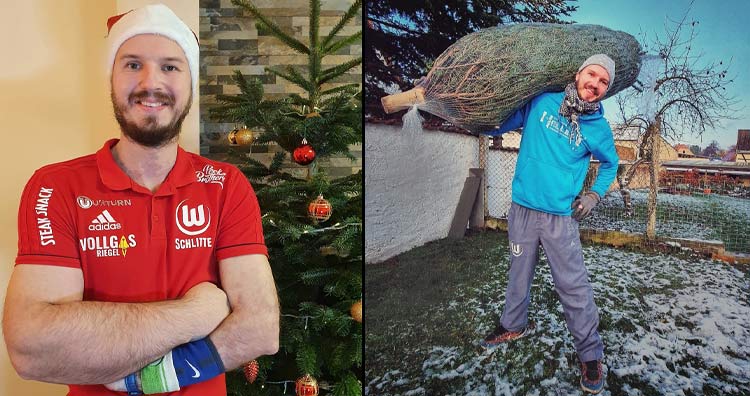 We all have been in a situation where we often wonder about having the strength to perform various activities, like lifting heavy boxes, performing household chores, and winning an arm-wrestling competition. However, these activities are like child’s play for Matthias Schlitte from Haldensleben, Germany, who is an arm-wrestling champion.

Matthias has superhuman strength in his right arm due to a genetic disorder.

Meet the real-life Popeye with a superhuman arm. http://t.co/eTRyyxfiCQ pic.twitter.com/IApXg9QgN3

As interviewed by Yahoo Sports Australia, Schlitte believes that this condition is a gift from a higher power and, in turn, used this genetic defect in a positive way.

Matthias, at 16, found out that his “Popeye” right arm could be put to good use, and since then, he has been called “Hellboy.”

It all started in 2004 when a local bar in Haldensleben was organizing an arm-wrestling competition. At the age of 16, he entered an amateur arm-wrestling tournament while only weighing 65 kg. He was laughed at. However, despite a lack of knowledge and practice, he won the tournament, and the same crowd who laughed at him later lauded his performance. As he told Yahoo Sports Australia:

“I first discovered I could use my gift when I was three years of age. We had a family oven at home in Germany, and I picked up a rather large bucket of coal for the oven and carried it around for my mother, which was probably very uncommon for a three-year-old.”

Matthias became an arm wrestler inspired by Sylvester Stallone’s movie Over the Top.

Inspired by the arm-wrestling movie of Sylvester Stallone’s Over the Top, Matthias decided to become a professional arm wrestler. He has won eight national championships and another 14 at the international level. He has also defeated a specially designed arm-wrestling robot.

“Hellboy” has also been featured in Australian commercials.

Matthias has been featured in funny commercials for the Australian company AEG Powertools, where he is showing his superhuman arm strength. Schlitte is happy about his life and wouldn’t change anything about himself. He is grateful for his life and said, “I have spent 10 years traveling around the world doing what I love.”

While Matthias’s story is interesting, there are quite a few other gifted sportspersons with special abilities. Here’s a look at a few of them.

1 The world-renowned athlete who is known as ‘The Seal’

Michael Phelps, the 23-time Olympic gold medal winner and inarguably the best swimmer in the world, is nicknamed “The Seal” for unbelievable reasons. He has a naturally gifted body with large hands and feet that act as paddles to assist him in swimming. His gigantic arm length gives him a massive stroking advantage, while his legs are designed to propel him through the water. His wingspan is a whopping six feet seven inches.

He used this naturally enhanced body structure of his and became a swimming legend.

2 Do you know the athlete who is known as “The Extra-Terrestrial”?

Miguel Indurain was the “King of Cycling who won five consecutive Tour de France Championships between 1991 and 1995. He was born with enormous lungs that used to take in 2 gallons of air at a time, doing wonders for his oxygen intake. Astonishingly, this is double the intake of a normal human being. Moreover, his heart rate was only 29 beats per minute. With a unique body like that, he was able to use his long legs to cycle with so much force and thrust that his opponents used to call him “The Extra-Terrestrial.”

3 Do you know the athlete who is known as the “King of Winter Sports”?

Meet Eero Mantyranta, who won the Winter Olympics for four consecutive years between 1960 and 1972, which gave him the title of “The King of Winter Sports.”  He had a rare genetic mutation that spurred his bone marrow to produce extra red blood cells because of a slightly twisted erythropoietin receptor gene. This condition resulted in increased blood oxygen-carrying capacity by 50%, which further helped him in gaining a massive endurance advantage.

Muttiah Muralitharan, the Sri Lankan spin bowler, needs no introduction. The leading wicket-taker in men’s test cricket came to be known as the “World’s best spin bowler.” Born with a deformity commonly known as a “congenital deformity of the elbow,” Murali was unable to straighten his elbow. He transformed this disability into his greatest strength and became the greatest spin bowler of all time by using a bowling technique that didn’t require him to straighten his arm. His spin wizardry is second to none, and he has foxed the best of the best with his guile and ability.