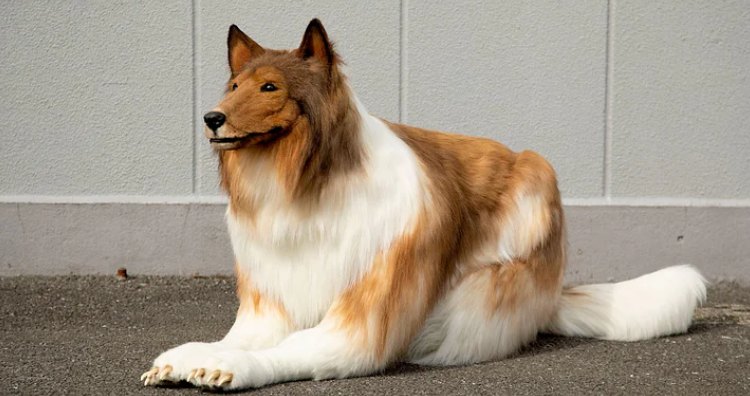 Dreams can come in various shapes and sizes, from owning a beloved home to buying a favorite car or working a dream job. But have you ever had a life-long dream where you wanted to become an animal? No? However, a Japanese man certainly did, and now he has fulfilled this dream. So how did he manage to pull it off? Let’s find out!

A Japanese man has spent more than $15,000 to create a realistic dog costume so that he can live like an animal.

It’s not every day that an animal lover actually decides to become an animal. Yet, one Japanese man did. This man, currently known only as “Toco” (also spelled “Toko”), has admitted to being a fan of four-legged, cute animals. He has also claimed that becoming an animal has always been his dream, a dream that he has now fulfilled for a whopping two million yen (about $15,700).

He spent this money on commissioning a realistic b order collie costume that he could inhabit. He then documented his transformation through photographs and videos posted on social media platforms.

Given how unusual this dream is, it’s not surprising that he quickly went viral. But why did he choose a border collie costume? It turns out, the collie is his favorite dog breed! Also, since the collie has long fur, it was simply the perfect choice to hide a human form inside.

He hired a company that is known for making sculptures and models for movies and commercials.

Since the dog costume was meant to be hyper-realistic, Toco needed some professional assistance to create it. This assistance then came in the form of a company named Zeppet. Zeppet is known for creating models and sculptures for commercials and films, making them a perfect fit for Toco’s needs. So, when he approached them to make a life-sized border collie costume, they obliged. Later, they also posted about this costume on their Twitter account.

However, creating this costume was no easy task for their designers. Reportedly, it took the company 40 days and multiple revisions to get it right. This difficulty seemed to have mostly stemmed from the fact that dog and human skeletons are significantly different.

They also had to spend time carefully studying the appearance of a border collie to ensure that the costume’s coat flowed as naturally as possible. Thankfully, all these efforts paid off in the end, and Toco’s dog suit proved to be a success.

Toco has also posted pictures and videos of himself in the costume on various social media pages.

#WATCH: Ever wanted to know what it would be like to live life as a dog? One #Japanese man actually has an answer to this question. Toco spent a whopping two million Yen on a realistic #Collie breed costume. @zeppetJP

Having embraced his animal persona, Toco has a channel on YouTube that is dedicated to documenting his life inside the costume. In his videos, Toco can be seen playing fetch and ping-pong in his costume and also waving, rolling over, and snuggling with stuffed animals.

Of course, his Twitter page is no different and showcases photographs of his costumed self along with a caption that describes how he was able to fulfill his dream.

Since then, the man has gone viral for his unusual hobby.

No doubt, Toco’s costume is impressive in how life-like it appears. But what’s more amazing is the Internet’s response to it. Since his images and videos went viral, many of his supporters have praised the costume for being realistic and cute.

At the same time, he has also had some detractors disapprove of his life choices. Nevertheless, Toco’s “tweet” from April 2022 showcasing the costume has since received more than 55,000 likes and 18,000 “retweets.” Needless to say, the interest this man-to-animal transformation has generated among netizens once again proves that the Internet can be a strange and wonderful place.

Source: https://unbelievable-facts.com/2022/06/japanese-man-dog-costume.html
We use cookies to ensure that we give you the best experience on our website. If you continue to use this site we will assume that you are happy with it. Ok
check out this page