Taking a walk around Dallas, you are sure to notice a very odd sight – a giant eye placed in downtown Dallas! It is a gleaming orb that is 30 feet tall sitting right outside the Joule Hotel!  The giant eyeball structure is a must in the things-to-do on anyone’s Dallas list. The Joule Hotel is known for its art collection of original artworks from Andy Warhol, Tony Cragg, Richard Philips, and Adam Fuss.

What does the Giant Eyeball in Dallas structure represent?

The Eye is resting off the garden on Main Street. It is enormous with steaky red veins. It is simply called “The Eye. ”The artist behind the three-story-tall oculus when asked about it replied that he just wanted to make something awesome and there is no deep meaning to this huge eye sitting in downtown Dallas. The eye has been a universal icon since time immemorial. From the Masonic Eye in the dollar bill, the eye has always been a symbol. With more people noticing this strange eyesore of a structure in the garden, the giant eyeball in Dallas, Tx,  is becoming a great social media hit.

Who is the Artist Behind the Giant Eyeball in Dallas?

The Chicago-based artist created the fiberglass structure using his own eye as the model. He worked with a company specializing in fiberglass figures for roadside attractions to create The Eye. Born in Cincinnati in 1960, Tasset studied painting at the Art Institute of Chicago and then moved on to sculpting. He found out that with sculptors, he could reach a more general audience than through artworks that only reach the elite. People have been conditioned to look beyond what they see when it comes to art. If the art looks simple to the general public, they feel that they are missing out on something behind it, but Tasset says it is just a big eyeball and nothing more.

Historical Significance of “The Eye”

It was demolished in 2013 for making way for a garden and parking lot where The Eye sits now. When Headington’s company decided to demolish the architectural heritage, the project spokesperson said that there is eventually going to be a building on that site. What felt like a European pedestrian way is now an empty turf with the oversized pop art feature.

Visitors love “The Eye” in Dallas.

Many people rent out the area for weddings. It does sound strange, but the residents say a lot of odd things are here in Dallas. What everybody initially thought would be an eyesore has now become a social media hit. The artist wanted to make something that is a public piece that could talk to a lot of people and he succeeded in doing that.

The artist wants us to assign our own meanings to the sculpture, but people who know the history of the place see it as a substitute for the historic building being demolished. Apart from being very historical, like the Pharaoh’s eye, the eye on a totem pole, or the Masonic Eye, it also represents pop culture or a goofy Halloween decoration.

15 of the Most Fascinating Sculptures in the World

Bizarre Case of Gloria Ramirez, AKA “The Toxic Lady” 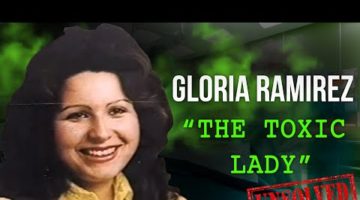 Source: https://unbelievable-facts.com/2022/04/giant-eyeball-in-dallas.html
We use cookies to ensure that we give you the best experience on our website. If you continue to use this site we will assume that you are happy with it. Ok
check out this page