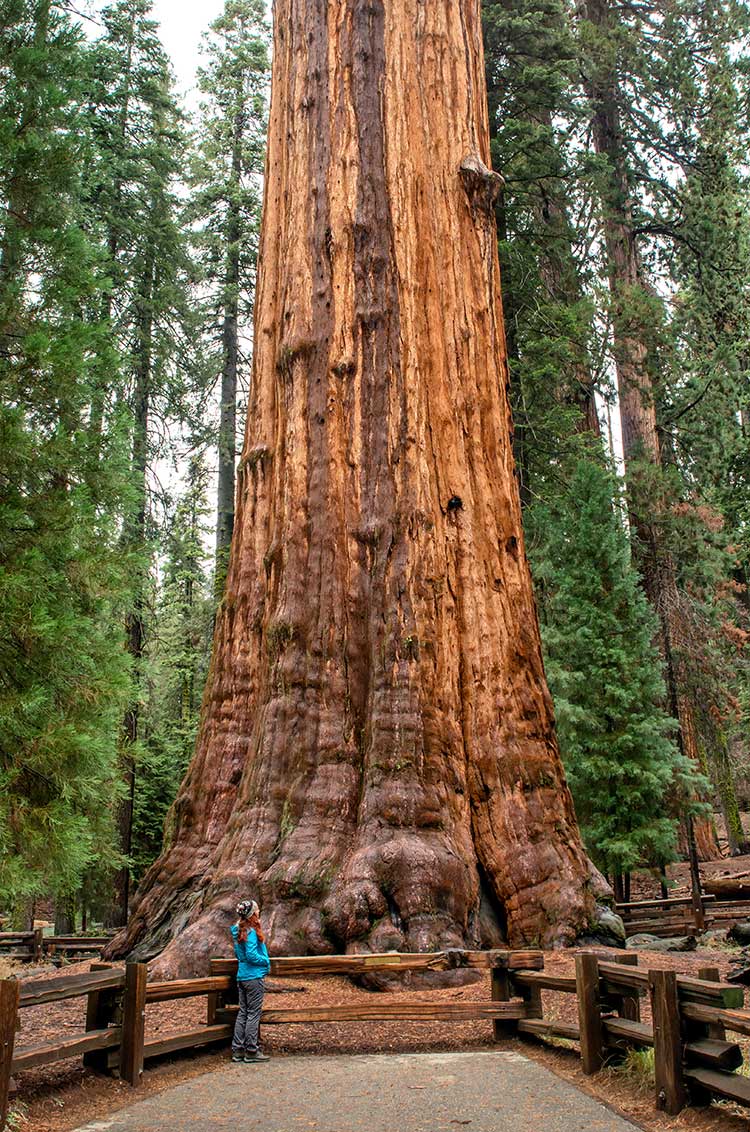 Bigger isn’t always necessarily better, but it’s hard not to be awe-struck when encountering things of gigantic proportions. From structures to animals to natural wonders and machines, learning about the biggest things will surely change your sense of perspective forever. So, with that in mind, here are the tallest, longest, deepest, and largest things of their kind on Earth.

Giant sequoia trees are, as their name implies, ridiculously massive. Even your average giant sequoia will grow around 250 feet tall and 26 feet wide. However, one specimen, known as “General Sherman,” is even bigger still. Standing at 275 feet tall and over 36 feet wide, this staggering colossus holds the record for the largest living tree by volume.

However, while General Sherman may be the biggest, it’s not the tallest. That record belongs to a 380-foot-tall coastal redwood known as “Hyperion.” For reference, that’s taller than a 35-story building, essentially making this tree a living skyscraper. (1, 2)

Ask anyone what the tallest mountain in the world is, and they’ll probably tell you it’s Mount Everest. But while it undoubtedly holds the record for highest altitude, it’s not the tallest nor necessarily the highest. Instead, those two records belong to Mauna Kea and Chimborazo, respectively. Although the latter is due to a technicality more than anything, due to the Earth being an imperfect sphere.

Mauna Kea, a volcanic mountain located in Korea, is well over 10,000 meters tall, well over Everest’s 8,848 meters. And if you were wondering, yes, someone has climbed it from base to peak, but not until relatively recently. A Texas investor and a Hawaiian scientist became the first men to fully ascend Kea in 2021 in a journey that started six kilometers in the ocean. (1, 2)

Created in the mid-1960s to accommodate the construction of the iconic 747, the Boeing Everett Facility remains the largest factory in the world. Covering 98.3 acres and an interior measuring 472 million cubic feet, the facility is so big that you could fit the entire Disneyland theme park inside with room to spare.

Even the doors are massive, with the biggest reaching 82 feet high and 350 feet wide. (source)

You might picture large trees or giant whales when you think of the biggest organism. But the record actually belongs to a specimen of Posidonia australis seagrass (aka Poseidon’s Ribbon Weed) in Shark Bay, Australia. The meadows of this plant, which spawned from a single seed, cover approximately 200 square kilometers (77 square miles).

For reference, that’s the equivalent of around 28,000 soccer fields. And if that wasn’t impressive enough, the plant is estimated to be approximately 4,500 years old. (source)

Sometimes measuring what the biggest things are isn’t all that straightforward. And that’s certainly the case when it comes to working out the largest flower. On the one hand, there is the aptly named Monster Flower (Rafflesia arnoldii) which can grow up to three feet in diameter and holds the record for the largest single bloom.

On the other hand, there is the Corpse Flower (Amorphophallus titanum), which is larger but composed of hundreds of tiny buds on a single stalk rather than a single flower. These two rare flowers don’t just battle for the record of largest either. They both lay claim to the smelliest as well. Indeed, both plants are known to reek of rotting meat, an adaption they use to attract flies. (source)

6 The World’s Largest Cave Is so Big, any Other Cave Could Fit Inside of It

The Son Doong Cave in Vietnam is so mind-numbingly large that no other cave system can compare. At over 40 million cubic meters in size and reaching 500 meters high at points, not only could it easily accommodate any other cave, but you could place multiple skyscrapers inside.

Despite its massive size, the cave wasn’t discovered by humans until 1990, and it would be another 19 years before people explored it properly and realized just how big it was. (source)

At 152 feet tall, the Statue of Liberty is an iconic and impressive structure. But if Lady Liberty were placed next to the most enormous statue in the world, she’d barely reach the waistline.

At 182 meters tall, the Statue of Unity is the world’s largest and honors Indian politician and independence campaigner Sardar Vallabhbhai Patel. (1, 2)

Boasting a 40-foot wingspan, the pterosaur, Quetzalcoatlus northropi, which existed some 67 million years ago, is the largest flying animal that ever lived. It’s so large that until recently, scientists were baffled at how such a thing could fly.

Some supposed that pterosaurs may have run to build up speed like an albatross or that they didn’t actually fly at all. However, new research suggests that this massive animal leaped eight feet into the air with its powerful legs to achieve flight. (1, 2)

Discovered by a farmer plowing in Grootfontein, Namibia, the meteorite known to scientists as Hoba is the biggest of its kind in the world. And although it has been excavated, it has never been moved from where it was found. The meteor consists primarily of iron and nickel, weighs about 66 tons, and is 9 feet long by 9 feet wide and around 3 meters thick.

Scientists predict that it fell to earth some 80,000 years ago. Yet despite its size, the object left no noticeable crater, possibly because its unique flat shape slowed its velocity and impact. (source)

10 The Danyang Kunshan Grand Bridge Is the World’s Longest

Coming in at over 100 miles in length, the Danyang Kushan Bridge is the world’s largest. The bridge, which cost some $8.5 billion, makes up part of the Beijing-Shanghai High-Speed Railway and takes around two hours to get across. Amazingly, the bridge was built in just four years by around 10,000 people and can withstand earthquakes, typhoons, and even a direct hit from a navy vessel. (source)

Source: https://unbelievable-facts.com/2022/06/biggest-things-in-the-world.html
We use cookies to ensure that we give you the best experience on our website. If you continue to use this site we will assume that you are happy with it. Ok
check out this page